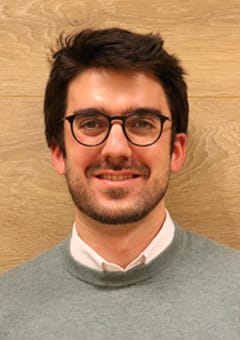 Pierre Laboué is a research fellow at IRIS, mainly working on the « Climate, Energy and Security » program. Specialized in energy issues, with a focus on oil and gas, Pierre manages the Observatory for the security of energy supplies and commodities on behalf of the DGRIS of the Ministry of the Armed Forces.

Before joining IRIS, Pierre Laboué worked as a Country Editor at The Oil & Gas Year (The Energy Year), a business intelligence company specialized in the energy industry. He conducted face-to-face interview with C-level executives of the oil and gas industry in various countries. He oversaw the reports « Russia 2020 » and « Gabon 2019 », and he contributed to « Qatar 2019 ».