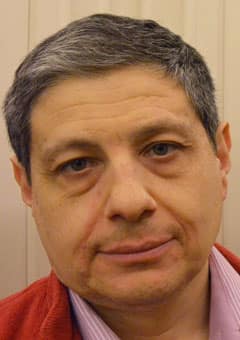 Fabrice Debbasch is an associate research fellow at the French Institute for International and Strategic Affairs (IRIS).

He is a former student at St-Cloud Ecole Normale Supérieure. He is also `agrégé’ professor of and doctor in physics and he is now an associate Professor at Sorbonne Université.

He works in quantum information at the Laboratoire d’Etude du Rayonnement et de la Matière en Astrophysique (LERMA, UMR 8112), and is also an expert in statistical physics and hydrodynamics.

Over the years, he has accepted several administrative responsibilities in the physics faculty at the Université Pierre-et-Marie Curie (UPMC). He has also worked for DGA/DS/MRIS, where he was in charge of the club of academic partners of DGA and has also been involved in international relations.