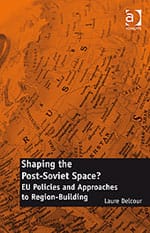 While the European Union (EU) is widely perceived as a model for regional integration, the encouragement of regional co-operation also ranks high among its foreign policy priorities.

Drawing on a wealth of sources and extensive fieldwork conducted in the Commonwealth of Independent States (CIS), Laure Delcour questions the pursuit of this external objective in EU policies implemented in the CIS and the existence of an EU regional vision in the post-Soviet area. She asks does the recent compartmentalization of EU policies correspond to a growing fragmentation of the former Soviet Union that cannot be considered as a region anymore? Does it rather reflect the EU’s own interests in the area?

Interested in exposing why the EU has not pursued a strategy of ‘region-building’ in the post-Soviet area, Delcour examines the disintegration dynamics affecting the area following the collapse of the USSR, the interplay between different actors and levels of action in EU foreign policy-making and the role of other region-builders. She takes a closer look at the strategic partnership with Russia, European Neighbourhood Policy, Eastern Partnership and Black Sea Synergy as a capability test for the European foreign policy to promote its foreign policy priorities and to raise a distinctive profile in the international arena.

About the Author: Laure Delcour, Senior Research Fellow, is at the Institut de Relations Internationales et Stratégiques, Paris, France and she is also with the French National School of Administration (ENA) ‘s centre of expertise on European Affairs. She has written and taught extensively at Sciences-Po Paris on the EU’s policies in the post-Soviet area, including the European Neighbourhood Policy and EU-Russia relations. She has also been involved in a number of policy activities and consultancies on these topics for the European Commission, the European Parliament and the French Ministries of Foreign Affairs and Defence. 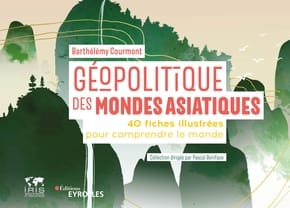 L’armée : enquête sur 300 000 soldats méconnus
Par Pascal Boniface
Acheter
Mentions légales / Crédits
By continuing to browse this site, you agree to our use of cookies.