The Global Go To Think Tanks Index 2015 has been published, leads by Prof. James McGann at the University of Pennsylvania. Covering 6,846 organizations, it is the most comprehensive ranking of international think tanks. Over 4,500 experts (academics, policymakers, representatives from NGOs, think tanks, and journalists from around the world) contributed to the final ranking.

This progression acknowledges the quality of the Institute’s work beyond France’s borders in the fields of international affairs, defense, and security, as well as in the organisation of high‑level international events. On the whole, 19 French think tanks appear in this ranking on the 180 listed in Global Go To Think Tanks Index 2015. IRIS and IFRI are the only French think tanks to appear in the “Foreign Policy and International Affairs” and “Best conference” categories. 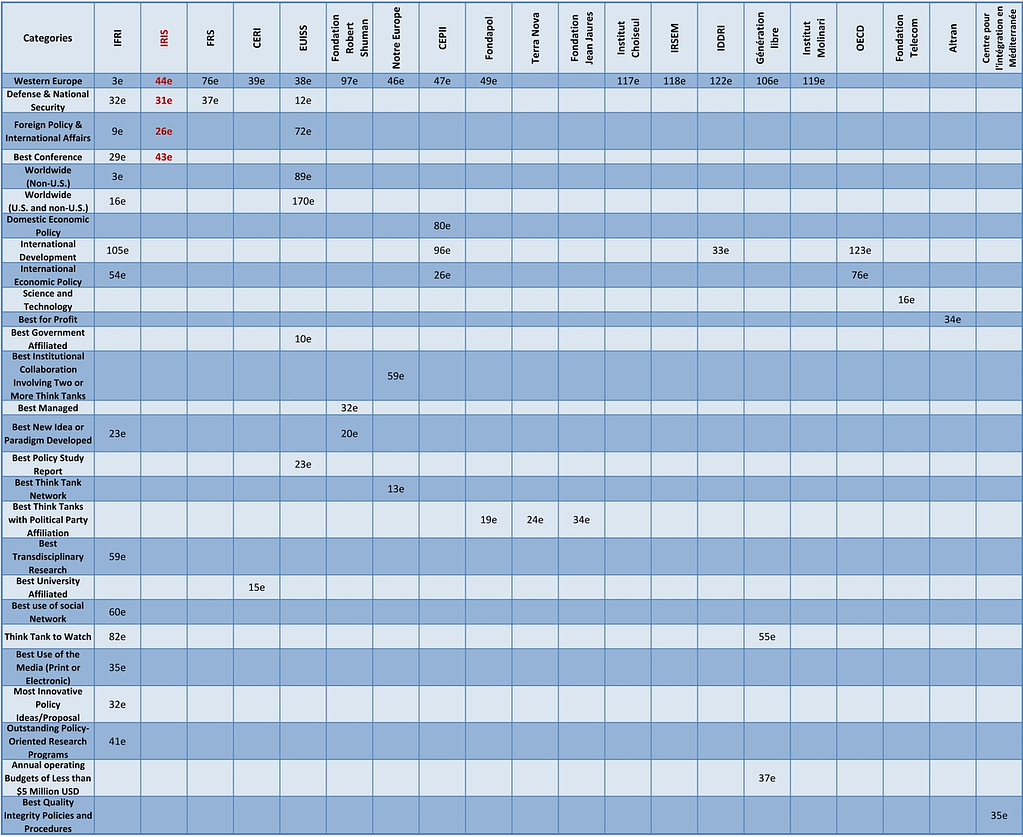