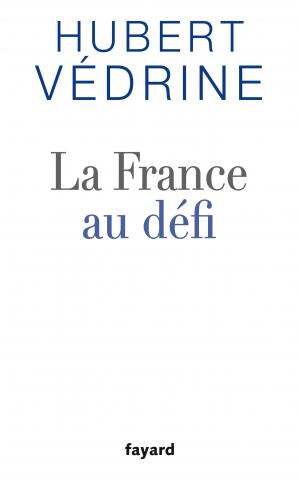 In this brace of books, two lions of the French left cry out for radical reform in their country. But their roars have yet to resonate. Everything about both of these men qualifies them more than virtually any others to analyse and recommend the policies that should place France on a firm footing for the future. Jacques Attali is a pure product of the French educational meritocracy. He was first in his class at the École Polytechnique and third at the École Nationale d’Administration (ENA), as well as graduating from the elite École des Mines engineering school and from the Institut d’Études Politiques de Paris (Sciences Po). He taught economics at Paris Dauphine university and at the École des Ponts et Chaussées, another top French engineering academy. Attali was a special adviser to François Mitterrand, the French president, at the Élysée Palace in 1981–91. He left to become the first president of the European Bank for Reconstruction and Development in London. He is a founder of the not-for-profit PlaNet Finance, the largest provider of microfinance funding and services in the world. Hubert Védrine has even greater direct policy experience than Attali, having been more at the business end of power than an intellectual observer. Védrine also attended Sciences Po and ENA before joining the French Foreign Ministry. He then moved to the Élysée Palace, also during the presidency of François Mitterrand, first as a diplomatic adviser, then as presidential spokesman, before being appointed, in 1991–95, the president’s chief of staff. Védrine was then French foreign minister in 1997–2002.

Both published their most recent prescriptions for France following the election of François Hollande as French president in the spring of 2012. Attali begins his examination of ‘French emergencies’ on two positive notes, explaining that the world at large and France within it hold great promise for the future. Among French strengths he cites a unique geostrategic position as well as strong institutions, a credible army, balanced demography, an improvement in the position of women, increasing security at home, high-quality infrastructure, a relatively well-protected ecology and innumerable sources of talent, as well as high-quality agriculture, world-leading companies in industry and services, an outstanding quality of life and a globally recognized language (pp. 37–54). He then turns to the negative side, with a catalogue of woes encompassing everything from the fact that the French dislike each other, that they shun capitalism and that France never became a proper maritime power—to which he attributes a lack of a trading mentality; instead France has a ‘rentier’ or entitlement mentality—going on to decry poor performance by the state, the educational system, national debt, lack of social mobility, a housing shortage and the exodus of the best and the brightest. Following a chapter on how France refuses to reform itself, trapped in its entitlement mentality, Attali explains that France only progresses by revolutions. He forecasts either decline over decades or a new revolution in the next two years. Then, reviewing how other countries such as Germany, Sweden, Canada, Italy and Poland effected reforms, he calls for a French ‘national mobilization’ around ten initiatives, ranging from reform of government to debt control, reinforcing the military, promoting a vision for La Francophonie and for Europe and enhancing the knowledge and networked economies. In his brief conclusion, he expresses doubt that France will choose the path of reform, but has faith that it can.

Védrine’s La France au défi is more narrative, but covers many of the same issues. Picking up on his globalization report, Védrine begins with a series of ‘denials and mirages’ that the French are operating under, before demolishing French exceptionalism and the country’s inability to learn from others. At this point, he reviews France’s ‘unrecognized strengths’. It takes him longer to turn negative than Attali, but, in subsequent chapters, he explains that the French no longer believe in France and that the French system creates its own obstacles. Védrine is exigent, saying no set of international obligations will save France (read, European Union budget restrictions) and there is no excuse for the French not to make the necessary efforts themselves. He concludes with a shorter list than Attali of necessary reform areas—education, innovation, immigration, justice—that could be the objectives of a grand coalition.

The greatest value of both these books lies in their articulating the problems of France in a clear and comprehensive manner. The voices arguing for recognition of those problems, moreover, come from the socialist camp, indeed from some of the most experienced and respected thinkers on the left. Both books call for attitudes and actions based on cooperation and consensus, rather than conflict and confrontation—a serious change of manner from the old ever-in-opposition left. But the books, and their authors, leave us hanging when it comes to how to implement their policy prescriptions. Attali and Védrine are among the most intelligent and audacious minds anywhere along the spectrum of French politics, and both are now firmly in the centre. The dire circumstances they describe, and the radical reforms they propose, may require more of them, as senior statesmen, than analysis and recommendations. Charles de Gaulle, who returned to run France when himself a senior statesman, wrote at the beginning of the first chapter of his book on leadership, Le Fil de l’épée (Plon, 1932): ‘Au commencement était le verbe? Non! Au commencement était l’action!’—‘In the beginning was the word? No! In the beginning was action!’