Impacts of the Ukraine Crisis on Biden’s Foreign Policy 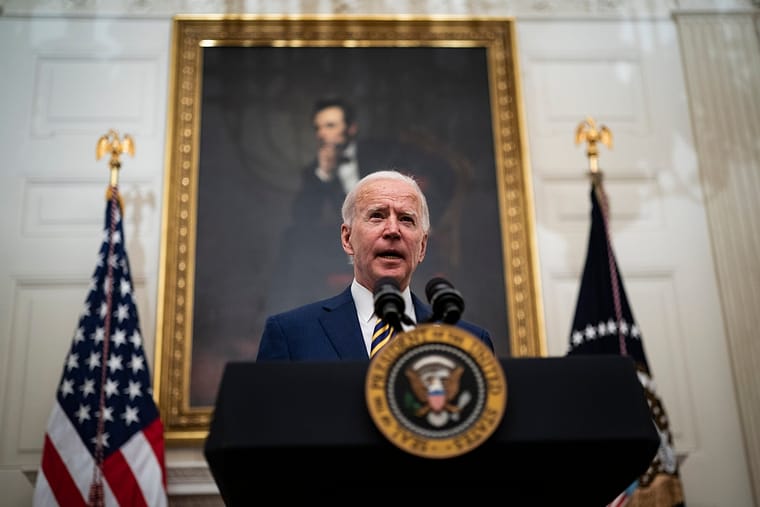 The month of October 1962 saw several international crises and events that would normally be of deep concern to a US president. Most notably, a simmering border dispute between China and India went red hot, with 30 000 troops of the People’s Liberation Army moving deep into Indian-claimed territory. The Indians desperately sought American military assistance – even asking for manned fighter jets to fend off the Chinese – and one late October headline in Newsweek magazine, referring to the huge populations of the two belligerents, read « A Third of the World at War. » Elsewhere, American military forces withdrew from Laos, Venezuela’s president suspended his country’s civil liberties, anti-apartheid activists attacked infrastructure targets in South Africa, a high-level KGB officer working for the CIA was arrested in Moscow, France adopted a new constitution, and the United Nations refused the People’s Republic of China admission to the world body. The Kennedy Administration tracked these events and reacted when necessary. But the attention of the American president and his senior advisors was elsewhere. That October, John Kennedy was focused like a laser beam on the Cuban Missile Crisis, which brought the United States and the Soviet Union to the brink of full-scale nuclear war.

President Biden is similarly focused on a major strategic threat, once again coming from Russia. The Biden Administration has, understandably, emphasized the international and domestic impacts of the conflict between Russia and the Ukraine. With Russian President Putin’s unilateral incorporation of Ukrainian territory into the Russian Federation, and Putin’s thinly veiled threats of the use of nuclear weapons in Ukraine, the need for strong American leadership is ever more pressing. An unintended result of this focus, however, is that many American foreign policy priorities of the recent past may be nudged aside by the need to manage the Ukrainian crisis.

This is not to say that the administration is so absorbed by Ukraine that all other issues fall by the wayside. Far from it. But the American president’s bandwidth is largely taken up with Ukraine, and other issues could get shorter shrift than they might otherwise merit.

President Biden’s lengthy speech to the UN General Assembly in late September tells the story.  Biden opens the speech with the Russian invasion of Ukraine: “Let us speak plainly. A permanent member of the United Nations Security Council invaded its neighbor, attempted to erase a sovereign state from the map.” The American president goes on to speak at length about various aspects of the Russian threat and returns to the issue several times. He discusses other priorities and challenges – notably climate change, economic issues and infrastructure, global health and food security, and (briefly) China – but Russia is very much at the heart of the President’s tour d’horizon of current US foreign policy. North Korea and Iran, which have featured prominently in earlier presidential speeches, get one sentence each, Middle East peace a short paragraph.

Notwithstanding the importance of Russia, though, there is much else that merits Biden’s attention. He has, perhaps, struggled with the tendency to push aside other crucial issues in favor of Ukraine.

China, of course, represents the most important long-term strategic threat to the United States.  Prior to the current crisis, the People’s Republic was arguably the primary target of Biden’s foreign policy, one of the few places where Biden’s approach largely aligned with that of his predecessor. His interim national security guidance – the administration’s basic roadmap to its foreign policy published in 2021 – makes clear that the PRC is America’s most formidable rival. “It (China) is the only competitor potentially capable of combining its economic, diplomatic, military, and technological power to mount a sustained challenge to a stable and open international system.” Russia also features prominently in the document, but the guidance treats it more as a “disruptive” actor on the world stage.

In the months since the Russian invasion of Ukraine, however, Biden’s engagement with China has largely focused on the impacts of that crisis, and on the possibility that China might take advantage of American distraction with Russia to invade Taiwan. Biden and Chinese President Xi’s first call after the onset of Russia’s “special military operation” in Ukraine, in March, was apparently focused on convincing the Chinese not to support Russia. In their discussions, Biden stressed “…the implications and consequences if China provides material support to Russia as it conducts brutal attacks against Ukrainian cities and civilians”, according to the White House. A subsequent July call between the two leaders was similarly focused on Ukraine and Taiwan.

Iran, in recent years a major preoccupation of US foreign policy, appears to have taken a backseat to the Russian problem. Any hopes the Biden Administration may have had about reviving the Joint Comprehensive Plan of Action (JCPOA) – the famous Iran nuclear deal –almost certainly died with the election of hardline Iranian president Ebrahim Raisi in 2021. It certainly doesn’t help matters that one of the parties to the JCPOA, Russia, would be little disposed to work with the United States on the deal now. But the recent unrest in Iran potentially represents an opening for the United States. Some, although not all, of the sectors of Iranian society supporting the unrest would be natural allies for an American policy seeking to support democratic change in the country.

The Biden Administration’s response to the unrest in Iran, though, has been restrained. Biden released a short statement on October 3, in which he praised demonstrators for women’s rights and promised to punish those in Iran who repressed the movement. But the Biden Administration has still not fully specified what new sanctions it will put in place against the Iranian regime, and there have been few overt steps taken to support democratic forces. Presumably, Washington is uninterested in provoking a hostile Iranian government at a moment when it has its hands full in Ukraine.

Biden, while alive to the danger that a nuclear-armed North Korea represents, similarly has little new to offer on this important dossier.  Even prior to the Ukrainian crisis, the Biden Administration appeared to be reverting the Obama-era approach of “strategic patience” towards the DPRK’s nuclear program. Certainly, “love letters” between North Korean president Kim Jong-un and American President Donald Trump were a thing of the past. Biden took time away from the Ukrainian crisis in May to make a major visit to South Korea, thereby demonstrating that the United States has not lost sight of the North Korean nuclear threat. But, in a period of increased North Korean activity – the DPRK made several ballistic missile tests in early October – the Biden Administration essentially seems to be leaving further efforts to rein in North Korea for some later date.

Biden also appears willing to consider the possibility of compromising certain priorities, most notably promotion of democracy and human rights, to respond to the fallout from the Ukrainian crisis. One example is the ongoing discussions with the Madero regime in Venezuela. Successive administrations have heavily sanctioned the dictatorial government in Caracas – this includes sanctions on Venezuelan oil exports to the US – and the Biden Administration continues to recognize oppositionist Juan Guaidó as “interim president”. But at a time when global energy markets are roiled by the Ukrainian conflict, the Biden Administration has softened its approach. A high-level US delegation traveled to Venezuela immediately after the launch of the invasion in Ukraine, and international media have reported that the Administration may be considering easing sanctions to allow US oil producers to resume operations there.

Even on climate change, a major priority of the Biden Administration, Ukraine has its impacts. The Biden Administration is fresh off a major victory on this issue – the passage of a major bill that included some $369 billion to cut carbon emissions – and the President’s continuing commitment to the fight is clear. But as in the Venezuelan case, at least in the near term, Biden may have to make certain accommodations to ensure global energy supplies are adequate. The administration has, for example, fast-tracked approval for the construction of liquified natural gas export terminals to support European markets starved of Russian gas, despite the heavy carbon impacts of the decisions.

Like John Kennedy sixty years ago, Biden is locked in a possibly existential struggle with the Russian bear. No matter how important that struggle, though, this president, like the one in office in 1962, needs to focus on a whole range of threats and opportunities in the international sphere.