Just How Sensitive Are Those Mar-a-Lago Documents? 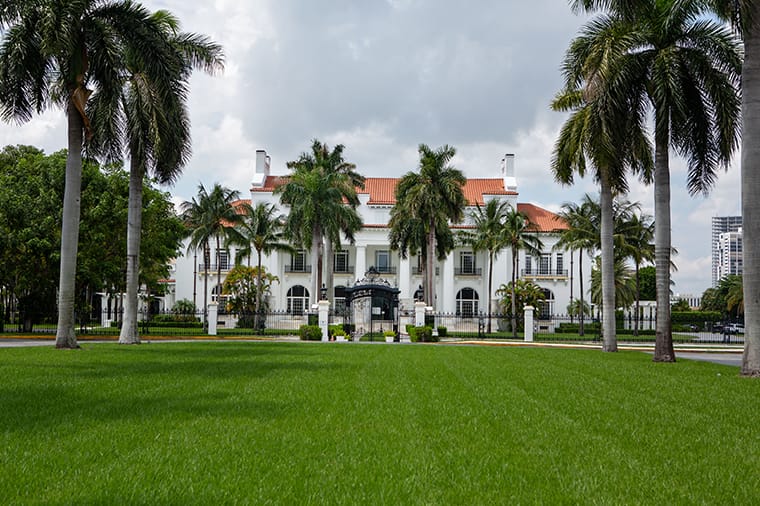 As anyone with access to the internet knows, FBI agents conducted a search of former President Donald Trump’s Mar-a-Lago residence on August 8.  Based on the information released by the US Justice Department – including the original search warrant and a highly redacted affidavit presented to a federal court – we know that the US Government was looking for dozens of classified documents and other items that Trump had kept in his possession.

In keeping these papers at his personal residence after leaving office, the former President put himself in considerable legal jeopardy.  The search warrant references potential violations of several US statutes.  In keeping highly classified documents, Trump may have violated the Espionage Act, which makes illegal unauthorized possession of security information which could put the United States in danger or help an enemy.  He also may have violated Presidential Records Act, as all official presidential communications by law must be turned over to the National Archives after the close of an administration.  In sum, given that FBI agents left Mar-a-Lago with some 20 boxes of documents, Trump is clearly at risk of prosecution.

What about the risk to national security?  What kinds of information might be in those boxes?

For obvious reasons, the FBI and the Justice Department have said almost nothing about the exact nature of the documents in question.  There have been a few, tantalizing reports in the media regarding a dossier on French President Emmanuel Macron, correspondence between Trump and North Korean strongman Kim Jung-un, and information on the pardon of political operative Roger Stone.  Mostly, though, we have no idea what was in the cardboard boxes federal agents carted away from Trump’s Florida home.  But we do know the number and level of classification of the documents Trump took with him when he left the White House.  The US national security establishment has real reason for alarm.

According to the “New York Times,” Trump retained at least 300 documents with classified markings, that we know of.[1]  These include items voluntarily turned over by Trump’s legal team to the Justice Department in January and June and the material seized by the FBI this month.  That is a lot of potentially sensitive information.

Some of these documents were apparently classified at the “Confidential” level.  This classification – the first of three increasingly sensitive categories – is for information that would “cause damage to the national security” if it were revealed.  Much standard US diplomatic reporting – reports of embassy discussions with political or business leaders, for example – is classified as confidential. Some administrative information – say the itinerary of the travel of a senior official to a difficult location – might be classified at this level as well.  The risk here would most likely be to sources who thought they were speaking confidentially to the US Government or to US relations with individuals, countries, or institutions analyzed in the reports.  In 2010-11, Wikileaks published thousands of cables from the State Department and US embassies abroad, many at the confidential level.  While there was intense media attention at the time, the ultimate impact on US diplomatic relations was limited.  The United States would certainly survive any compromise of “confidential” materials in Trump’s possession, even if there is a real potential for embarrassment.

Trump was apparently in possession of documents at the next highest level, “secret.”  This is much more problematic.  The release of “secret” information could be expected to “cause serious damage to the national security.”  Reporting on more high-level diplomatic conversations would fall under this category, as would some military information, some reporting on threats to the US Government or the homeland, and some law enforcement communications.  Less sensitive intelligence reports might also be classified “secret.”  Were the “secret” documents at Mar-a-Lago compromised, the impact could potentially be quite significant, although probably not catastrophic.  If they were to get their hands on “secret” documents, foreign adversaries wouldn’t have the nuclear codes or access to raw signals intelligence, but they might gain considerable insights into our military posture or our closely held diplomatic negotiating positions.

Finally, the FBI seized five sets of documents at Mar-a-Lago marked “top secret.”  For national security analysts, this is a real problem.  The release of “top secret” information would cause “exceptionally grave damage to the national security.”  The nation’s most precious secrets – sources and methods, human and signals intelligence, high-level military information, diplomatic exchanges at the national level – fall under this category.  The Trump documents were apparently also “Special Compartmented Information,” or SCI, a subset of the “top secret” classification that tightly restricts access to certain information and must be stored in high controlled environments.  Some may also have been marked “NOFORN,” which means that the document was too close hold to be shared with even our closest allies.  Keep in mind that the President has access to any and all classified information.  It is hard to imagine a compromise of top-secret info that would not cause real, and potentially lasting, damage to American national security.

And the possibility of compromise is real.  Throughout his presidency and beyond, Trump has been cavalier in his treatment of classified items.  In one of his first diplomatic meetings, with Russian Foreign Minister Sergei Lavrov, Trump provided Russian counterparts with Israeli supplied intelligence on the Islamic State, which may well have compromised the source.  Trump ignored handling and storage requirements for classified documents, held sensitive meetings in public spaces at Mar-a-Lago and elsewhere, and reportedly regularly flushed classified documents down the toilet (decidedly not the approved method for destruction of classified material).  Trump’s lack of care was so great that President Biden refused to allow the intelligence community to give Trump regular classified briefings after leaving office, as is the tradition for former presidents.  Mar-a-Lago has also apparently been the target of espionage activities; in 2019, a Chinese “businesswoman” was arrested for trespassing on the property with electronic and other items more consistent with spying than business deals.

There is almost certainly information in those boxes that could hurt the United States, and Mar-a-Lago is hardly the place to keep it.