NATO is dead but Europe is sick 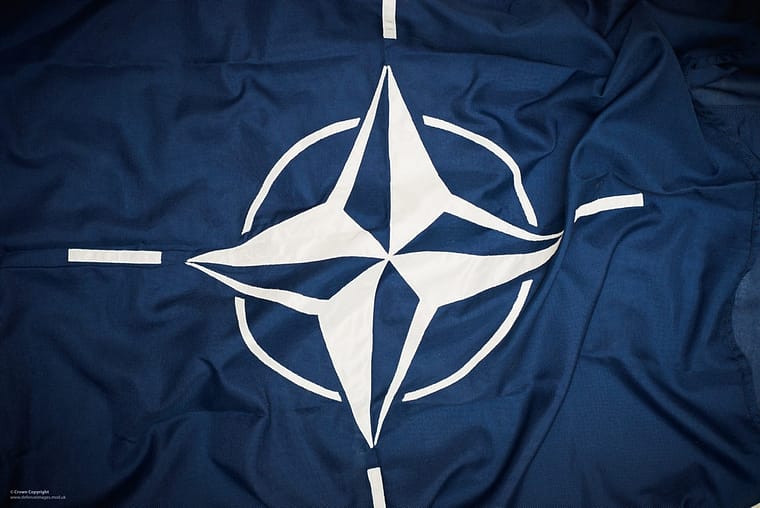 Truth is sometimes unbearable to see. This is why Renaissance painters represented it under the allegory of a naked woman, decency requiring that one look the other way. Remember the famous Botticelli painting, the Calumny of Apelles, in which King Midas avoid looking at the naked beauty of Truth and lend his donkey’s ears to Ignorance, Suspicion, Flattery and Fraud. Similarly, it is because it contains a major share of truth that Emmanuel Macron’s declaration of the brain death of NATO is unbearable to our ears. However, this statement raises two key questions which it would be wrong not to pose.

As presented, eminent experts said the same before the President, Jacques Attali and Pascal Boniface to just mention a few. But a Head of State is not an analyst, spectator of the world around him. Should he have said it? That could be debated endlessly.

In substance, what should one think? NATO is a military alliance and as any military alliance since the Delian League, it draws its purpose from the unity of its members – doing together what one cannot do alone – and its dissuasive force in its credibility: attack against one member is an attack on all. What is the credibility of NATO? It is that of the word of the United States to defend its European members. Including Montenegro. If the moment of truth arrives the ultimate credibility of the Alliance will depend on what happens under one skull: that of the President of the United States. What is this credibility since Donald Trump is in power? Objectively, it has suffered a lot. It is he, not Macron who said that NATO was obsolete. It is he, not Macron who raised doubts about article 5. And it is still he who said that the European Union was a commercial foe of the United States. Is it possible to remain military allies while being commercial foes? European leaders buried their heads in the sand and told themselves that it was just a bad time that would pass.

But last October, in Syria, one NATO member, Turkey, threatened European security, just threatened Europe because of a situation created by another NATO member: the United States. This has shaken the Alliance to its core and its credibility. Especially as Donald Trump rejoiced at the fact that Syria was 11,000 km away Tallinn is not much closer. Needless to add to record that he declared to be a big fan or Mr Erdoğan and rolled out the red carpet for him in Washington. What more do we need to pronounce the clinical death of the Alliance today?

Sure, American forces are still in Europe. Their numbers have even increased. But their dissuasive power resembles the Berlin wall before its fall. Strong and powerful from the outside, it can collapse from one day to the other. If Donald Trump can betray the Kurds after a phone call to Erdoğan, why would he not betray the Lithuanians after a phone call to Putin? Who would believe that he would sacrifice Mar-A-Lago to save Vilnius?

One can always say that Macron’s choice of words was inappropriate. That it would have been better to talk about a cardiac arrest, which assumes the patient can be resuscitated. Or that the Alliance is sick while NATO is doing fine. But this is playing with words. The fact is that the Alliance is in agony and those who pretend the opposite are just looking the other way. They are sleepwalkers.

Is it final? This is the real question, as the Alliance has already been in many crises and seen them through.

Is Europe capable of defending itself alone?

Yet does one need to know against what? The only imminent threat against Europe is that of Turkey in the Cyprus territorial waters and thus European. What will Europe do? Put its head in the sand again? Though it has the means to defend itself. What is lacking is the will.

For all Europeans of the North and of the East, the only real threat is a conventional Russian attack in the Suwalki Gap. And technically, it must be recognised, European forces would have difficulties without American armed support. But one should not replay the cold war battles, which in addition never happened! And let’s stop lying to ourselves. If we are afraid of a country whose GDP is equivalent to Spain and who spends five time less than the twenty-eight EU member States for its defence, it is clear that the problem is not the amount of spending but in its structure. As long as Europeans will not integrate their military and their decision processes, they will remain powerless against States which are unified, determined and well organised.

The lack of integration and the lack of will are the two diseases of European defence policy. Especially if Russia attacks Europe, it will be on other battle fields than the German-Polish plain: cyber, political and electoral space, space and with other means for example by controlling perceptions or giving money to political leaders as in Italy. Let’s wake up! The war with Russia has already started and it is not the one we think of. Its objective is to break the Europeans’ unity, not to invade Lithuania. Unfortunately, the Russians are not alone. There are also the Chinese and more importantly… Donald Trump. This President is the one who is the most active in attacking the Unity of Europe. He embodies the opposite image of the thinking of Eisenhower, Kennedy and Reagan who saw in Europe not a competitor but a partner. This is extremely disturbing as European’s unity was made possible thanks to the Americans and we have an immense debt of gratitude towards them.