Tribune
By Professor Simon Chadwick, Professor and Director of Eurasian Sport at EMlyon. 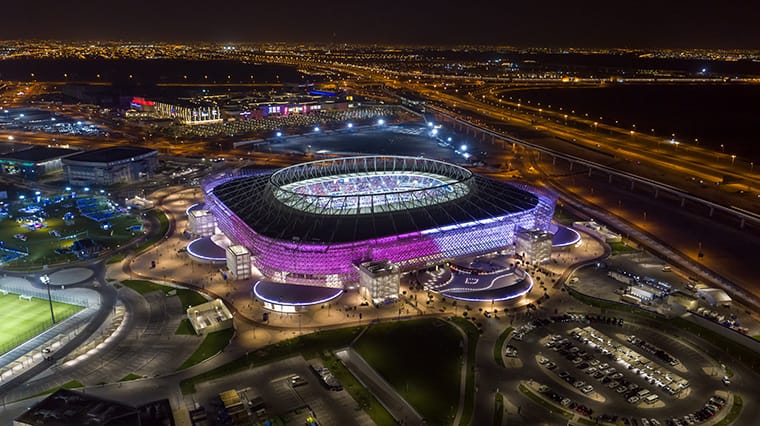 With the draw for this year’s FIFA men’s World Cup having just taken place, another milestone has now been reached for the Qatari hosts of the tournament. This has been a sport mega-event more than a decade in the making, and one that has been beset by controversy.

From the moment in 2010 when then FIFA president Sepp Blatter revealed this small Gulf nation’s name as the destination for football’s biggest international competition, criticism has never been far away. Yet in the stridency of recent statements made by government officials in Doha defending the tournament, one gets the impression that Qatar feels its time has finally come and nothing will stand in its way.

Blatter’s hosting announcement was perhaps a portent of things to come, as Russia was also revealed (as host of the 2018 World Cup). Together, the hosting successes of these countries signalled a change in the world soccer’s global order, with its hosting hegemony well and truly smashed. Indeed, it remains to be seen when Europe will next host the tournament: perhaps 2030, maybe 2034, though it could be longer.

In the period since 2010, Qatar has constantly been in the news accused of buying the World Cup’s hosting rights, of being complicit in FIFA corruption, of mistreating and exploiting migrant workers involved in stadium construction projects, and of having no established soccer culture. Ironically, however, over the last month Russia has arguably taken some of the heat off Qatar ahead of the draw ceremony, following its invasion of Ukraine.

Feelings are nevertheless still running deep about Qatar and questions remain regarding whether they are fit hosts for world soccer’s showcase mega-event. In the days running-up to the draw, the Netherlands’ national team manager Louis Van Gaal was forthright in his criticism of Qatar. In addition, Lise Klaveness, president of the Norwegian Football Federation highlighted Qatar’s record on worker’s rights.

The good governance of sport organisations necessitates that the views of people like Klaveness and Van Gaal must be heard and, indeed, appropriately acted upon. However, it is also worth setting Qatar’s hosting of the World Cup in a broader context. Here is a country in which, for years, pearls were a major source of revenue.

Although pearl diving was lucrative it was also brutal, British exploitation of the local workforce being particularly stark. Later during the 1930s, following the discovery of oil and gas, both British and US corporations took advantage of the small state’s immense natural resource deposits. Indeed, it wasn’t until 1971 that Qatar ceased to be a British dependency.

At that point, Qatar was little more than a sandy peninsula, sticking-out like a thumb from Saudi Arabia’s eastern coastline. The country was poorly developed, with little infrastructure, largely anonymous in international and global terms, with a disparate population consisting of local people, expatriates from the MENA region and South Asian migrant workers.

For the last fifty years, government in Doha has therefore been engaged in a well-resourced, extravagant, albeit much needed, programme of nation building and national development. As California’s Silicon Valley has grown and prospered on the back of computing and digital technology, so Qatar’s vision has been for sport to play the same role in driving economic, industrial and social change.

A country which, even just ten years ago, had very limited transport capacity, now has road and metro networks that connect eight World Cup stadiums. In addition to hosting the tournament, the Qatari government also owns French soccer team Paris Saint Germain – now, most people know about Qatar, its aspirations and, whether one likes it or not, what its nation brand stands for.

The country’s population nevertheless remains as disparate as ever, in fact only ten percent of those residing in Qatar is actually Qatari. Local officials will be hoping the country’s national team goes beyond the early group stage of the World Cup, in order to induce a greater sense of national identity and social cohesion.

But critics will continue to question how a more equal, harmonious society can ever be built in Qatar when migrant workers are being mistreated, and when the rights of some socio-demographic groups continue to be suppressed. Qatari officials assert that labour market reforms have been introduced and are having a positive impact, though issues remain. Once the World Cup leaves town, one wonders how long such reforms will continue.

On the issue of enhanced rights for the likes of LGBTQ+ communities, this may prove to be an intractable matter. Most of the Qatari population seeks to uphold traditional Islamic values; although many in the West may object to such values, it appears somewhat naïve of observers to believe that a football tournament alone will have the power to effect fundamental changes to conservative religious doctrine.

As Qatar has been forced to confront the need to change in order to gain acceptance as a legitimate member of the global soccer community, so it seems likely that some of us will need to accept that soccer won’t be the source of a Qatari liberal revolution. This is not to say that government in Doha shouldn’t be pressed to continue proving itself as a progressive event host and ethical investor in sports.

Whatever soccer fans in the US may feel about Qatar, it is worth remembering the country is home to the Middle East’s largest American military facility (the Al Udeid Air Base). At the same time, government in Doha continues to engage in constructive dialogue with the likes of Iran, Russia and Afghanistan. However questioningly or reluctantly, we should acknowledge the significant geopolitical role that Qatar now plays. At the same time, one suspects that for many people, the same questioning, reluctant acceptance of Qatar as World Cup host will continue until the Final on 18th December.

Chadwick is an Editor of ‘The Business of the FIFA World Cup’, which has just been published by Routledge.