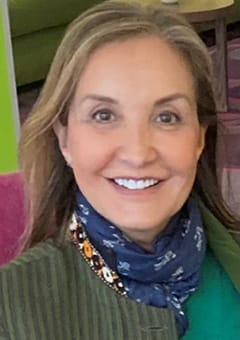 Marianne Péron-Doise is an Associate Research Fellow at IRIS.

Graduate from the Institute of Political Studies of Aix-en-Provence and the Ecole Pratique des Hautes Etudes, Marianne Péron-Doise is a Senior Research Fellow at the Institute for Strategic Research at Military School (IRSEM) from 2015. Her research interests include Indo Pacific geopolitical issues with a specific expertise on security and defense policies in Northeast Asia (Japan-Korean Peninsula), global maritime security topics as emerging naval forces and key maritime theatres, such as the Horn of Africa, Indian Ocean, South and East China Sea, South Pacific.

She was a visiting Research Fellow at the Japan Institute for International Affairs and the National Institute for Defense studies (Tokyo). She also teaches classes in Maritime Security at Sciences-po Paris and the Lille Catholic University.  She is a consultant for diverse EU maritime capacity building projects from 2015.

Marianne Peron-Doise has held various senior positions on security issues in Asia-Pacific within the French Ministry of Defence, notably Head of the Asia-Pacific Department, Delegation for Strategic Affairs from 2007 to 2011. She was Political Adviser at the Allied Maritime Command in Northwood, UK, from 2012-2015.