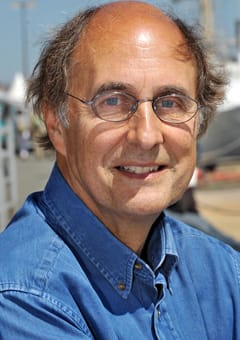 Serge Michailof has been involved in development issues since his first long-term mission to Africa in 1968. He is currently an Associate Research Fellow at IRIS, specialised in so-called “fragile” countries and post-conflict reconstruction.

From 2002 to 2012, he was a lecturer first at the University of Paris 1 Sorbonne and then at Sciences Po Paris. He is a regular consultant for the World Bank and various other aid institutions. He is a regular advisor to several governments.

From 2001 to 2004, he was the Executive Director in charge of operations at Agence Française de Développement (AFD) and Vice President of its subsidiary, Proparco. Prior to that, he had been working for 8 years in Washington at the World Bank as an Operational manager and a Senior advisor, and for 15 years (between 1977 and 1993) as a Local director representing AFD in various African countries.
In 1992-93, he was a Technical advisor in the cabinet of the Minister of Cooperation, Mrs. Avice. Before joining AFD in 1975, he had spent six years preparing and evaluating development projects in an engineering company, SATEC, where he had headed the design office, working mainly in Latin America, South Asia, the Maghreb and the Middle East. During a forty-five year career dedicated to countries’ development, he worked in 65 countries on all continents.

Serge Michailof studied in France (HEC) and in the United States (MIT). He holds a degree in Sociology and a doctorate in Economics. He has published or edited several books, the latest being “Africanistan. Is Africa in crisis going to end up in our suburbs?” (Fayard, 2015). He regularly publishes numerous articles in the daily press and specialized magazines that can be found on his website.

Serge Michailof is the Director of the Council of French Investors in Africa (CIAN). He is a Knight of the Legion of Honor, the French Order of Merit, and the Order of the Senegalese Lion.