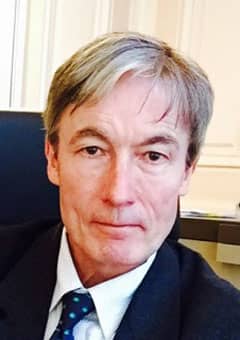 Pierre Jaillet is an economist and Associate Research Fellow at IRIS. He held various high level positions in the Banque de France, as special advisor to the governor, Chief representative for the Americas and Director General for Economics&International Affairs, responsible for economic research and the relations with european and international groups in Brussels and Francfort, the G7&G20 and the Bretton Woods institutions. He also held positions in the french administration(INSEE), the European Commission and the International Monetary Fund (IMF).

Pierre Jaillet holds a post-graduate degree in Economics, a Master’s degree in Political Science and a Bachelor’s degree in Sociology. He is member of the French Association of Economic Sciences (AFSE), of the French Political Economy Society (SEP) and of the editorial board of the Revue d’Economie Financière. He has taught monetary policy and international economics at ENA (Ecole Nationale d’Administration), ENSAE (Ecole nationale de la statistique et de l’administration économique) and ESCP (Business Paris School). He has authored or edited numerous publications on economics and international issues. He is a knight of the Legion of honour.