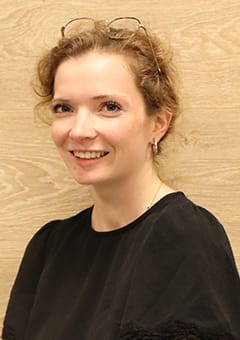 Phanette Roche-Bruyn is a Research Fellow within the Geopolitics and Business Programme at IRIS. Her works mainly focuses on issues dealing with corporate social responsibility.

Phanette Roche-Bruyn graduated from IRIS Sup’ in “Géopolitique et Prospective”. She also holds a Master’s degree in Public Administration from the Institut de préparation à l’Administration générale de Brest and a double degree in Political Science and Humanities from Ircom in Angers. She has worked on several geopolitical issues, in particular the Army’s capacity to adapt to the impacts of climate change, the repercussions of social credit on the Chinese state and its influence abroad, and the diplomatic work of the British Crown.