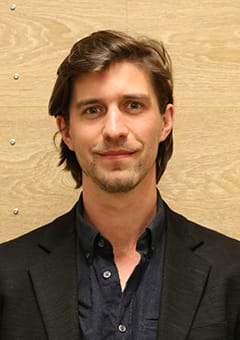 Lukas Aubin is a Senior Research Fellow at IRIS, specializing in the geopolitics of Russia and sport.

Doctor of Slavic Studies (University of Paris Nanterre – University of Paris Lumières), holder of a double Franco-Russian Master’s degree in geopolitics of the post-Soviet space at the Russian State University of Human Sciences (RGGU) (Moscow, Russia) and at the French Institute of Geopolitics (IFG) of the University of Paris 8 (Paris, France), he defended a thesis entitled “The Sportokratura in Russia: governing through sport in the era of Vladimir Poutine, 2000 -2020”, the book adaptation of which was published by Bréal in May 2021.

Russian-speaking and a seasoned traveler, he has traveled the former USSR for more than a decade to conduct his work. His research focuses mainly on the new geopolitical issues of Russia and sport. He is also interested in the question of sovereignty within the post-Soviet space. He regularly speaks at conferences and seminars on these issues, as well as in various media.

He has taught history and geopolitics at the Universities of Paris-Nanterre, Versailles Saint-Quentin en Yvelines, and Rennes 2.

His second book “Geopolitics of Russia” was published by La Découverte in August 2022.