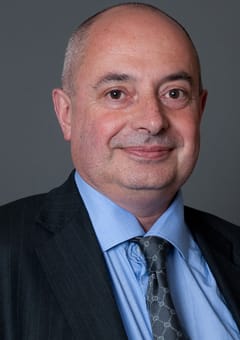 Jean-Pierre Maulny is deputy director of the French Institute for International and Strategic Affairs (IRIS).

He holds a Master’s degree in Defence Studies and a Master’s degree in Public Law. Jean-Pierre Maulny was an auditor for the 31st session of the Centre for Higher Military Studies (CHEAr), and he was advisor to the chairman of the French National Assembly’s Defence and Armed Forces Committee between 1997 and 2002.

Within IRIS, Jean-Pierre Maulny is in charge of studies about defence, European defence and NATO, arms industry and arms sales. He is at the head of the Armament Industry European Research Group (ARES Group), a network of European researchers specialised in the defence industry.

Jean-Pierre Maulny is a member of the editorial board of La revue internationale et stratégique. He gives lectures on defence industry and defence policy at IRIS Sup’.