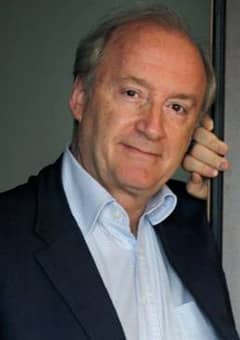 After SciencesPo and a BA in History, he graduated from ENA ( administrative school for high public affairs) in 1974 and worked directly for the Ministry of Culture. He stayed there for five years, then he joined the Foreign Ministry « in mobility » in 1979.

In May 1981, President Mitterrand summoned Hubert Védrine next to him as a diplomatic advisor. In 1988, he became the spokesperson of the presidency, then in 1991 Secretary General, office he held until the end François Mitterrand’s mandate in May 1995.

Hubert Védrine published in 1996 « Les mondes de François Mitterrand » (François Mitterrand’s worlds) about the foreign politics this latter led from 1981 to 1991. In 1996, he entered the law firm Jeantet as an associate.

In 1997, Jacques Chirac and Lionel Jospin named him Foreign Minister.

He will remain in this office during the five years of « cohabitation », until the 2002 presidential elections, working closely with both, the President and the Prime Minister.

Hubert Védrine is President of the François Mitterrand Institute since 2003.

In 2004, Hubert Védrine entered the LVMH Board of Directors.