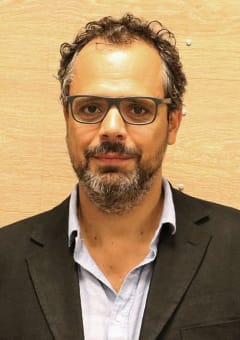 Federico Santopinto is Research Director at the French Institute for International and Strategic Affairs (IRIS) in Paris. He is specialized on European integration in defence and foreign policy, as well as on military and security cooperation between the European Union (EU) and Africa. As such, he also follows the EU development cooperation policies used for conflict prevention and crisis management.

Graduated in Political Science at the University of Florence (international option), Federico Santopinto obtained a master’s degree in International Politics at the Université Libre de Bruxelles (ULB). He then worked for more than ten years as a long-term electoral observer for the EU, mainly in post-conflict countries in Africa. At the same time, he joined GRIP (Groupe de recherche et d’information sur la paix et la sécurité), a research institute specialized on arms control, where he worked on both EU policies and UN peacekeeping. In this context, he has been project manager of the Boutros-Ghali Peacekeeping Observatory (OBG). Federico Santopinto also occasionally works for ULB as an associate expert.