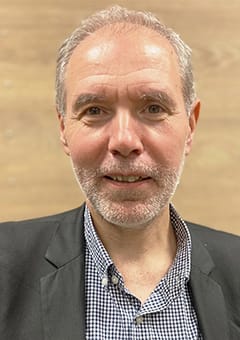 After 3 years in India during his doctoral studies doing research at the Human Sciences Center in New Delhi and at the Economics Research Center in Santiniketan (West Bengale) on issues such as access to rural loans and financing agricultural campaigns, he joined the Centre International de Recherche Agronomique pour le Développement (CIRAD) in Nogent-sur-Marne in the Economic Policy and Markets division (ECOPOL). In 2001, he took up an economics research position in the Centre d’Observation Économique (COE), an economics research center, and was a member of the panel of experts for the Ministry of Finance and Industry. Within the Economic Analysis division, he developed tools for analyzing and forecasting commodity prices and directed economic and structural studies on the broad spectrum of commodities (energy, non-ferrous metal and soft commodities). In 2005, he created and directed the « Club Matières Premières », a medium for discussion, analysis and forecasting raw material prices. In February 2006, he joined an engineer school as a Professor. In 2007 he was appointed Supervisor of two training programs. He now works in an energy research center and more especially on energy transition issues and on price formation. He teaches economics of raw materials and trading in engineering schools, as well as Asia and the NICs and international monetary issues at IRIS Sup.

He has published numerous articles and has contributed to several books. He is also a referee for economic journals such as Energy Economics or Energy Policy.

His main fields of expertise are Natural Resources Economics, Asia and International Finance.