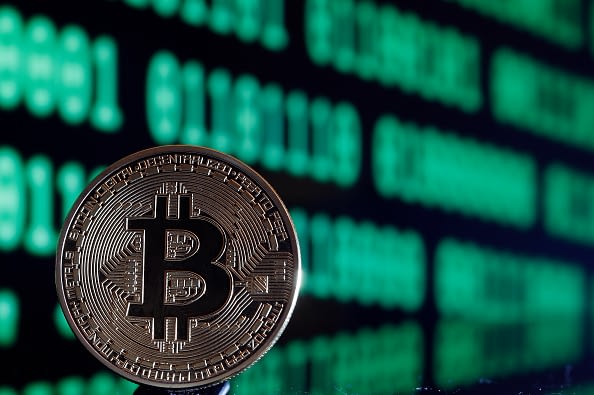 The existential crisis that Bitcoin is going through, with China’s crackdown and Elon Musk’s about-face, points to the disconnect between the crypto craze and real political-economic issues. The last phase of euphoria, against a backdrop of a poor technical understanding, was exacerbated by emergency monetary policies. Beyond this exuberance inherent to the cryptocurrency’s design, the recent crash should allow for a reorientation toward the development of digital currencies that are conducive to real productive development. This involves capitalizing – in a well-thought-out way – on the experimental avenues opened up by existing digital currencies. Central banks’ digital currency projects in particular are essential in this respect, provided that they allow for the implementation of new policy tools. An interview with Rémi Bourgeot, Economist and Associate Fellow at IRIS.

Banning the sale of cryptocurrency-related services, outlawing mining in Sichuan, China has been cracking down on bitcoin in recent months though it accounts for 65% of global transactions. How to interpret this decision? Can bitcoin sustain itself despite China’s heavy-handed actions?

Cryptocurrencies are defined primarily by their extreme level of decentralization. They are not based on any institution – whether public or private – but on a kind of manifesto that establishes a system of creation (« mining ») and exchange. Bitcoin is also limited in its rate of mining and its total amount at term, which was fixed at its inception. It is therefore simply not reasonably designed to meet the usual monetary needs of an economy. Its experimental dimension is certainly exciting, but its speculative exuberance is not a detail or a youthful flaw. It is inherent to its very design. It has been largely amplified by the emergency policies of central banks, flooding markets with unlimited liquidity, as a quasi-permanent crisis policy.

Bitcoin’s underlying architecture, the blockchain, is difficult to control by any public authority because of the extremely high level of anonymity that surrounds transactions. This anonymity lends itself very well to various forms of trafficking, in addition to various financial stability issues. Governments can curb the companies that officially offer Bitcoin-related services, as well as mining activity, which can be indirectly detected because of the considerable computer and energy resources it requires. This raises important legal and privacy issues, which are difficult for legislators to tackle because of the technical wall of understanding.

It is therefore not surprising that China is taking the initiative. This does not mean, however, that a large part of the issues raised by crypto-currencies does not concern all governments, including democratic ones. China is coercing mining, because it is feasible to a certain extent, and because, indeed, it concentrates a tremendous proportion of this activity on its territory.

Even more than the succession of booms and busts, it is the very idea of a generalized craze on a global scale that poses a challenge to governments. Before the recent crash, the bitcoin had never been the subject of such fervor. On another front, from 2019, many governments reacted with hostility to Facebook’s plans to launch a digital currency. The cause of the anger was however identifiable, especially since the digital giant intends to gain the trust of users by guaranteeing stability in respect to major currencies. The situation is much more complicated with Bitcoin because of the absence of any underlying institution.

On June 9, the bitcoin was adopted as a legal tender in El Salvador, a world first for the cryptocurrency. Can this project have a sustainable future within this country? Can it be emulated?

The use of a currency without any link to the national economy, whether direct or by means of an exchange rate peg, is generally catastrophic, especially for developing countries, unless they enjoy a rent related to fossil fuels or a very special financial status in international capital flows, as was already the case for Hong Kong and Singapore during their emergence. The tragic dollarization of many developing economies since the 1980s in Latin America, and more recently in Lebanon, comes to mind.

When the (crypto)currency in question also experiences extreme and totally uncontrolled variations in relation to all the world’s currencies, decisions to generalize its use are all the more worrying. El Salvador has not had a national currency for two decades and uses the US dollar instead. The additional recognition of bitcoin might seem to have some practical benefits. It is probably more of a strategy to generate an income stream that would be closer to that of the exclusive club of tax havens, by targeting underground flows.

In terms of economic and human development, central banks’ digital currency projects are much more promising than Bitcoin, especially for emerging economies. They have the potential both to increase financial stability and to allow for much more ambitious and targeted development financing policies.

After accepting and then declining payments in bitcoin, Elon Musk is reportedly supporting cryptocurrency payments again, with conditions. Could bitcoin really take hold as a currency at the heart of large multinational corporations’ transactions?

A distinction needs to be made between the issue of pricing and the settlement transaction. Given the roller-coaster ride that Bitcoin’s price has been experiencing, no industrial company would really set any kind of selling price in bitcoins. Only settlement can be considered. However, because of these very variations, even this is difficult to implement, in the same way that airlines tend to ask for payment in dollars in countries where the currency fluctuates too sharply, even when it is exchangeable on markets. Moreover, in the case of Tesla, Bitcoin’s disastrous environmental record may even offset the appeal of buying an electric vehicle in this regard, if it is paid for with the cryptocurrency.

In addition, beyond the case of China, the regulatory threat is very high if it is believed that policymakers around the world will manage to get their arms around the subject. Elon Musk is a genius engineer-entrepreneur on whom a very substantial part of America’s industrial future now rests. He can afford these about-turns, which are his trademark. In doing so, he also challenges the Wall Street-oriented policy of major central banks, whose quasi-permanent crisis policy feeds phenomenal financial and real-estate bubbles in exchange for refinancing the public debt.