Between American sanctions and the Covid-19 pandemic, where is Iran ? 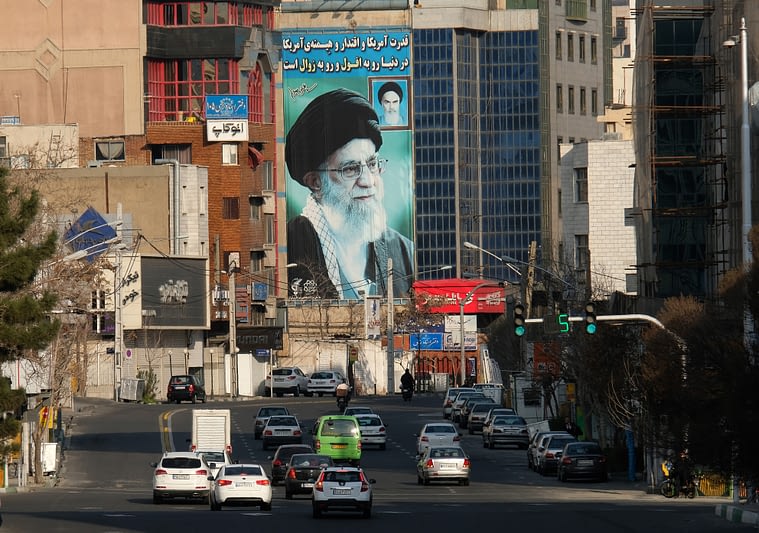 Iran is the scene of a serious economic and health crisis, hit hard by the coronavirus pandemic.The embargo, put in place by the United States, only exacerbates the precarious living conditions of the Iranians. China thus remains the country’s only strategic ally in the face of unabated American sanctions. Update on the situation with IRIS researcher Thierry Coville.

How, with the embargo created by American sanctions, can Iran hope to stem the Covid-19 pandemic, when it is the third most affected country in the world, with a death rate of 3.5 %, greater than 2 % worldwide?

What was already evident before the coronavirus crisis now appears even more significant. The policy of maximum pressure, used by the United States, aims to create an unprecedented economic crisis in Iran. This policy has then a direct impact on the Iranian health sector. As a result of the oil embargo, the government has lost at least 40 % of its budgetary revenue (oil exports represent in Iran between 40 and 50 % of the state revenues). The government concentrates its resources to finance its current expenditures and ensure that public servants have a salary. But the government has stopped all its investment expenditures. In such a framework, the Iranian health system suffers. There is, moreover, a problem of purchasing power in Iran, still due to sanctions, inflation being at 40 %. The purchasing power of the population has collapsed, and a large part of the population lives below the poverty line.

US sanctions are supposed to not affect the health sector but foreign banks, which are afraid of being affected by these sanctions, refuse to process these types of operations. Therefore, many foreign transactions concerning the health sector do not take place. Iran, consequently,has difficulties in importing health supplies and medicines, which has led to shortages. Due to the steep decrease in government revenues discussed above and the shortage of medicines, the Iranian health care system is on the brink of explosion. It is therefore not really in the best position to fight the coronavirus epidemic. In addition, the Iranian government talks about helping the population, economically affected by the crisis, but, as we have just said, the Iranian government has almost no money left. It cannot therefore carry out, like American and European governments, stimulus policies, or even finance aid for economic sectors affected by the coronavirus crisis.

In this current conjuncture of health and economic crisis, what role does China play in Iran, peculiarly in the face of ever more acute tensions with the US ?

This crisis exacerbates tensions. China, before this crisis, was already one of Iran’s few economic and strategic allies. Unlike Europeans, it is the only country that has continued to buy Iranian oil. It is also a signatory to the JCPOA. It is therefore a real strategic ally. In addition, China has formally requested the United States to lift its sanctions, given the Iranian health crisis, while providing medical aid to Iran. The strategic partnership between China and Iran is strengthened in this crisis.
Reading the latest statements from Mike Pompeo, one has the impression that with this coronavirus crisis, tensions are no longer simply between the United States and Iran, but are shifting and confronting the United States with an Iran-China block. The origin of the coronavirus crisis in Iran may be linked to the fact that China, being an important economic partner, daily flights between the two countries have been maintained, which may have led to the introduction of the virus into Iran.

Are the Iranian authorities transparent with the civilian populations regarding the coronavirus ? What challenges lie behind keeping the holy city of Qom open despite the health crisis ?

This coronavirus crisis comes at a time when there is a crisis of confidence between the authorities and the population. This crisis of confidence is notably the result of various incidents over the past few months. In November 2019, there were protests caused by the increase in the price of gasoline. The government has never since officially declared how many people were killed due to the repression of these protests. Then, in January 2020, following the crash of the Ukrainian Boeing accidentally shot down by the Pasdarans, the authorities of the country lied for three days, citing a technical problem which would have led to the plane’s fall.

At the beginning of the coronavirus crisis, there was a feeling among a large part of the population that the Iranian authorities were trying to minimize the epidemic, by not really communicating all the information they had. First, one can see that all over the world – in the US for example – some government have been quite slow in recognizing the severity of the crisis. Besides, in Iran, there is indeed among the « radicals », and in certain circles of power, the feeling that they are in a situation of near war with the United States. In such a context, for them, being transparent is being weak. But, for the past few days, the Iranian authorities seem to be changing their strategy and are trying to communicate more.

The epidemic started in the city of Qom, and one can indeed wonder why the Iranian government did not put in place quarantine immediately, to isolate the city from the rest of the country. There are two answers to this. First, Qom is the main religious city, in Iran, and we know that Iranian power is structurally divided between a « democratic » government led by Hassan Rohani and a « religious » government stemming from the powers of the Guide, Ali Khameini. It was therefore undoubtedly difficult under these conditions for the Rohani government to quarantine the city of Qom. Second, the state simply does not have the means to quarantine a city, that is, it does not have the ability to economically and financially compensate the affected sectors. The authorities do not want or cannot therefore put in place quarantine. However, given the gravity of the situation – Iran, according to the WHO, is the third country in the world most affected by the virus with 17,361 people affected – voices are raised in Iran, longing for a stronger government response. A letter has just been sent to the President of the Republic, Hassan Rohani, by five former health ministers and several doctors, in which the latter request that the authorities restrict travel to Iran. These are currently the New Year celebrations in Iran – the new year begins on March 20 -, and traditionally, on this holiday, families meet, and many Iranians go on trips. These family reunions and these trips could facilitate the transmission of the virus…