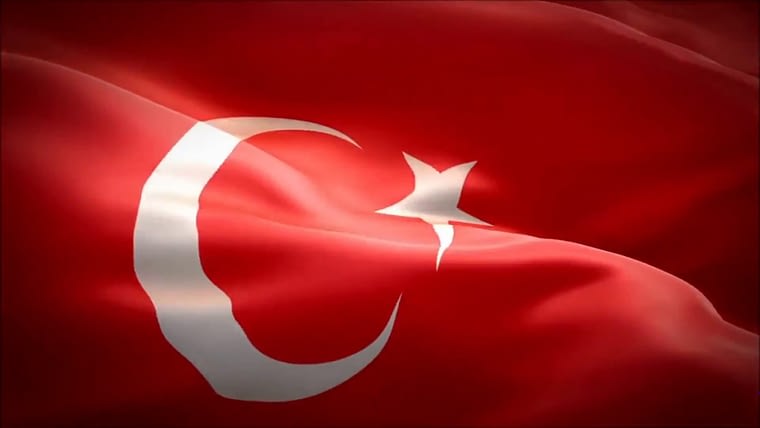 On 4th September 2019, President Erdoğan announced that it was unacceptable for nuclear-armed states to forbid Ankara from obtaining its own nuclear weapons. With this statement, many questions sparked upon Turkey’s motivations for a potential nuclear weapons programme. Turkey, as an early signatory to the Non-Proliferation Treaty, is obliged to prevent the spread of nuclear weapons and to further the goals of nuclear disarmament. It is, however, allowed to cooperate in the peaceful uses of nuclear energy.

While this statement underlines Erdoğan’s willingness to be more independent on its defence strategy rather than staying under radar and cooperate, Turkey’s domestic policies upon nuclear industry isn’t so clear. With the rising tension upon Iran’s Joint Comprehensive Plan of Action and Israel’s continuous allegations upon unofficial nuclear arms threat; Turkey is inevitably a part of this proliferation question.

In this regard, this paper aims to look upon Turkey’s past nuclear policies that have been taken by governments, as well as a future probability of becoming a proliferation domino after President Erdoğan’s statement.

A historical rebound for Turkey and Nuclear Sharing of NATO

The presence of tactical nuclear weapons in Turkey is an issue related to Turkey’s membership in NATO since 1952. In 1955, Turkey’s will for nuclear energy showed its presence by joining the Atoms for Peace Program. In this perspective, Turkey’s first interaction within a nuclear crisis took place upon Cuban Missile Crisis in 1961, with the presence of American Jupiter Ballistic Missiles located in Çiğli, Izmir. After the decision to retire Jupiter missiles, Turkey integrated into a new nuclear sharing system of NATO alongside with four other countries: Belgium, Germany, the Netherlands and Italy. This system of nuclear sharing, which was constructed during (the) early cold war, was conceived to prevent further independent proliferation among the western allies. Following these events, Turkey ratified the NPT in 1979 and has had a safeguards agreement in force with the IAEA since 1981.

Today, according to different sources, Turkey hosts 60 to 70 missiles in Incirlik Air Base under NATO umbrella and invests on different nuclear power plants as a key aspect for country’s economic boost.

Past Turkish Policies upon Nuclear

Unlike Europe, Turkish politics do not include an environmental policy or approach. In this perspective, Turkish government invests in the field to develop nuclear power generation but not for actual nuclear weapons.

While this lack of clear policy upon nuclear weapons doesn’t say much about Turkish citizens’ perspective, governments had different policies upon years. For example, between 1983 and 1987, the 45th Turkish Government or first civilian government after 1980 Turkish Coup d’État, was active under Turgut Özal’s prime ministry. Özal, was a representative of The Motherland Party of Turkey (ANAP), based on centre-right, neoliberal foundations and encouraging free-market reforms. Under this government, there were plans for establishing a nuclear power generation since 1970, which were interrupted after the event of Chernobyl in 1986. Chernobyl has changed the public opinion and slowed down government’s investment on this issue. Even Kazım Koyuncu (one of the main anatolian rock singers in the country back then and died later on due to cancer) started a resistance movement against the unhealthy effects of nuclear power plants. Upon developments after Chernobyl, administration showed its concern upon decrease on tourism and commerce specifically on tea and nut exports coming from Black Sea region. Later on, Özal, several ministers and General Kenan Evren, who was the main designated person in Military Junta of 1980, made explanations to comfort the situation and intenseness in general.

In the matter of nuclear weapons threat on one occasion, in 2006, military chief of staff Gen. Himi Özkök referred implicitly to the nuclear option. He stated, ”The presence of countries possessing or suspected of possessing weapons of mass destruction on the axis from North Korea all the way to the Middle East is a serious and determining threat for our country today”. Furthermore, he said, “If the problem [of the proliferation of weapons of mass destruction] cannot be resolved despite the intense diplomatic efforts of the international community, I see a strong likelihood that we will face some important decision stages in the near future. Otherwise, we will face the prospect of losing our strategic superiority in the region.” Nevertheless, it is important to underline that the Iranian government under President Ahmadinejad is no longer present and the premises of JCPOA seems to be crumbling.

However, certainly after the question of S-400 systems, the geopolitical context has changed for Turkey. While US sanctions have not applied for the missile purchase, Turkey’s changing role in the alliance as well as in the region are raising many questions, including a potential proliferation dilemma.

Alongside these past developments, Turkey’s Foreign Ministry currently accentuates that “Turkey’s active participation in international efforts in these areas, adherence to relevant international instruments and their full implementation”. Plus, it openly states that “Turkey has also welcomed the UN Security Council Resolution 1540 regarding the prevention of the proliferation of nuclear, chemical or biological weapons and their means of delivery”. It is highly interesting that, while the foreign ministry openly stays objective and shows Turkey’s commitment on non-proliferation, President’s recent statement seems to open a door for a complicated paradox.

What hesitations in the future?

Today, Turkey’s current policymaking related to nuclear weapons and nuclear proliferation is highly dependent on NATO Umbrella. Although nuclear deterrence lost the majority of its reliability since the dissolution of the Soviet Union, Turkey keeps hosting U.S. tactical nuclear weapons in Incirlik as a part of ‘burden sharing principle’. It is true that Turkey has been investing nuclear energy and collaborating with Russian and Japanese leading firms such as Rosatom. However, in a matter of launching a national nuclear weapons programme, Turkey has different challenges to face.

Different scholars and analysts state that the probability of launching such engagement in nuclear weapons is far long for Turkey. Kadri Gürsel explains that while Erdoğan called out for “no nuclear weapons in the region” before, with the current crisis of S-400 and deprivation of F-35 warplanes, geopolitical context has changed. Sinan Ülgen, on the other hand, hints that the statement is filled with populism. He argues that “Erdoğan went a step further, insinuating that Turkey was making preparations, yet it is difficult to imagine Turkey going down this path”.

Additionally, according to the White Book that has been published in 1998, Turkey’s military strategy in the 21st century is aiming four initial articles: Deterrence, Military Support to the Crisis Management, Defending from Forward and Collective Security. What is interesting in those four articles is the statement of “Being an active participant in international and regional alliances/organizations such as NATO and BAB and existing European Security and Defense Identities (ESCK), remains as one of the key elements of the Turkish National Military Strategy”. With this statement, it is observed that Turkey is ready to commit to its alliances in the long term and even plans its national security strategy accordingly. Therefore, the government announces its commitment to the international community; which is far away from President Erdoğan’s statement.

Besides the financial, political and social aspects of such proliferation, Turkey’s engagements in the international arena and treaties such as NPT are crucial aspects that the government probably cannot afford to violate. The signal that President Erdoğan was giving to the world might have been harsher that in sounded in this matter. Without no legitimate financial or social research support, it mentioned that as Turkey was concentrating on a nuclear program, however, in the overall security context in the region it is hard to see such a route for Ankara.