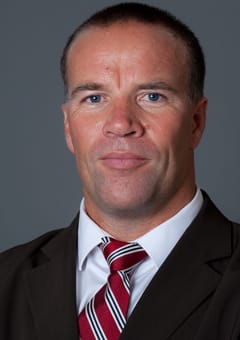 Olivier GUILLARD is a specialist of Asia.
Doctor in International Public Law (University of Paris), Olivier GUILLARD is as well partner in a consulting firm (Crisis Consulting ; http://www.crisis.fr ) since 2002, Director of information, in charge with country risk assessments and crisis management in Asia, for several of the largest French firms.
Previously, Olivier GUILLARD worked for the Ministry of Defence as geopolitical expert for several years, with an expertise mainly dedicated to south Asian affairs.
Olivier GUILLARD is lecturer in various places in France (Saint Cyr Military Academy ; business schools in Bordeaux ; IRIS institute in Paris) and abroad (Notre-Dame University, Beirut, Lebanon).
For IRIS, his main tasks are to monitor what is going on on a political, military and strategic plan in Asia, from Afghanistan in the West to Japan in the East, to write articles and books, to attend seminars and be present in the media (radio, newspapers, TV ; around 150 interviews per year).
As an author, Olivier GUILLARD as published several books these last few years.