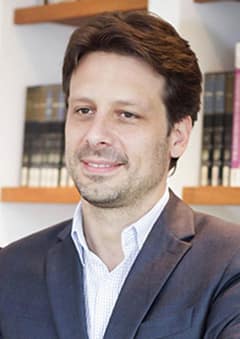 Guillaume Long is an Associate Research Fellow at IRIS and a French, British and Ecuadorian academic with experience in government and politics. He was Foreign Minister of Ecuador, Minister of Culture and Heritage, Minister of Knowledge and Human Talent, President of the Board for Accreditation and Quality Assurance in Higher Education, Chancellor of Ecuador’s school of government and public administration, and advisor to the Minister of Planning and Development, at different times during the ten-year presidency of Rafael Correa. Guillaume Long was later Ecuador’s Ambassador, Permanent Representative to the United Nations in Geneva.

Guillaume Long holds a PhD in International Politics from the University of London and currently teaches International Relations and comparative politics in France and internationally. His research focuses on foreign policy decision-making processes; Latin American politics, regionalism and security; and contemporary multilateralism.