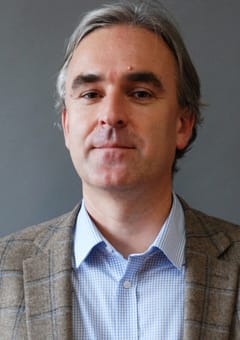 Edouard Pflimlin is an Associate Research Fellow at IRIS. His areas of expertise are the Japanese defense policy and geostrategic issues in East Asia. He is also interested in the European Union, in particular the ESDP. He has also worked on European monetary integration.

Edouard Pflimlin has been a columnist on these two topics on the website Windows on Europe (http://www.fenetreeurope.com). He has also been a lecturer in International Relations at the University of Paris X-Nanterre. A Graduate from Sciences Po Paris in Economics and from the University of Paris IV Sorbonne in International Relations, he has also been a journalist at Monde.fr since 2001.

He previously worked in publishing for History collections at Gallimard and Breal, two leading French publishing companies. He was Professor of Economics in the Master program in Iberian and Latin American Studies at the University Paris IV Sorbonne. From November 2007 to April 2008, he was reporter on the European group at the French Ministry of Foreign Affairs as part of the development of the White Paper on French Foreign and European policy. He also worked from 1992 to 1994 at the National School of Administration of Kiev in Ukraine where he was a teacher.

He is the author of several books and numerous articles.