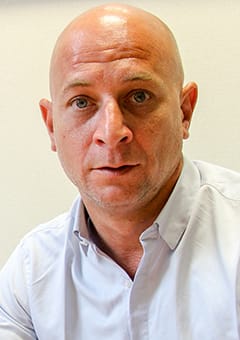 David Weinberger is an Associate Research Fellow at IRIS. He is specialized on illicit drugs trafficking and its geopolitics, money laundering and the funding of terrorism and tobacco smuggling.

He is a sociologist and Research fellow at the French National Institute of higher Studies on Security and Justice (INHESJ). He is a member of the Scientific Committee of the French Monitoring Centre for Drugs and Drug Addiction (OFDT) and the editorial Board of Drug International Challenges.

He is participating on different working groups such as “Economy of Violence” (IPED-CNAM, 2020), Cocaine trafficking through French Guyana (MILDECA, 2019) or Identity checks and Police/population relations (Défenseur des Droits, 2015).