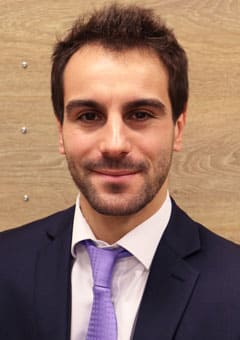 Charles Thibout is an Associate Research Fellow at IRIS, Senior Researcher at the Joint European Disruptive Initiative and Fellow at the European Center for Sociology and Political Science (CESSP/CNRS, EHESS, Paris 1).

His work is at the crossroads of the sociology of elites and transnational power spaces. His main research topics are the position of digital transnational firms in the field(s) of power, the phenomenon of « digital transformation » of states, and the role of emerging technologies (primarily artificial intelligence) in international relations. He advises the Centre d’analyse, de prévision et de stratégie (CAPS) of the French Ministry of Europe and Foreign Affairs.

A graduate of ENS-Cachan and Sciences Po Rennes and a doctoral student at the University of Paris 1 Panthéon-Sorbonne, he teaches comparative political institutions there, after having taught Data Geopolitics at the University of Paris-Diderot. He worked for several years at France Culture as editor-in-chief of the morning show, and is a member of Chronik, a collective of researchers, journalists and artists engaged in citizen debate.