ANALYSES
Accueil Analyses From the digital euro to reindustrialisation, a new compromise in the face of widening divergence in the EU
Facebook
Twitter
Google +


From the digital euro to reindustrialisation, a new compromise in the face of widening divergence in the EU 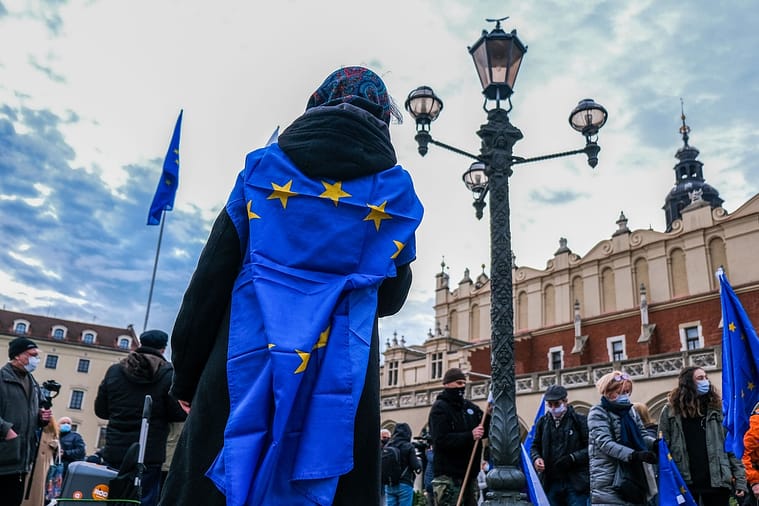 The pandemic is exacerbating divergence within the EU, as member states are grappling with the consequences of deindustrialisation and the legacy of previous crises in different ways. From the challenge of a significant stimulus to the risk of a sacrificed generation, to the promise of a digital euro, a new compromise must be discussed in favour of the continent’s reindustrialisation. An interview with Rémi Bourgeot, economist and associate fellow at IRIS.

How is the recession affecting the European Union and its projects?  Does the disparity in the response to the pandemic foreshadow a fragmented recovery?

The upcoming availability of vaccines is giving rise to hopes of a very significant rebound and of a normalisation of the health and economic situation. Nevertheless, the pandemic has shaken up European economies, many of which were still recovering from the last global financial crisis and the euro crisis, in terms of growth, productivity and employment, not to mention debt. While two-thirds of the modest growth achieved over the past decade in the EU as a whole (14% cumulated over 2010-19) has been wiped out, this crisis is exposing pre-existing imbalances.

The more de-industrialised member states have generally had more difficulty managing the pandemic, due to a lack of material and logistical resources, but also a lack of scientific expertise. As a result, their bureaucracies have tended to impose more indiscriminate and erratic measures.

Meanwhile, a number of fiscal imperatives have been shattered. Germany has implemented massive support measures for its economy, which contrast with its “Schwarze Null” (« black zero ») mantra. But on the whole, Europe has responded less forcefully than the rest of the developed world, because of the burden of the crises of the last fifteen years.

At the EU level, the €750 billion support plan includes €390 billion in direct grants. The rest comes in the form of loans, which respond more to the challenge of the euro crisis… The ECB’s current action is helping to maintain capital markets access for all eurozone governments. The plan is no less substantial, especially since it should benefit the most affected countries. But in the face of a recession currently estimated at 8% in 2020, or more than a trillion euros slashed from the EU’s GDP, and the political barricade mounted by Poland and Hungary, the challenge of dealing with the immediate consequences of this crisis lies first and foremost with national budgets, with the risk of further crisis that this implies.

In addition, pre-existing industrial and social imbalances are likely to be aggravated in the long term by the shock of 2020. France’s situation is worrying, with the massive blow suffered by aeronautics, the country’s only major industrial sector which is still a net exporter (€31 billion in surplus in 2019) and which somehow curbed the country’s growing external deficit (€59 billion). Moreover, the prospect of a new lost generation is particularly threatening for France and southern countries as a whole, as they tend to respond to the challenge of economic crises with a reflex of generational exclusion, which in turn diminishes their technological potential.

You consider the digital euro project as another possibility for direct economic stimulus. What is this all about? Why do you find this option particularly appealing?

The digital euro can indeed open up new, more direct and effective channels of monetary support, and at the same time strengthen financial stability. It could thus enable a better political compromise in Europe between monetary stimulus and stability, between the south and the north…

At present, the mountains of liquidity that the ECB is releasing, by purchasing bonds, tend to remain locked up in financial markets. Those sums reach the real economy mainly through housing bubbles, linked to low interest rates and abundant liquidity. The digital euro would be a relatively direct link between the ECB and European citizens (and businesses).

Several architectures are contemplated for the intermediary role of banks, but in all cases the digital euro should be considered as equivalent to cash. The ECB could easily implement “helicopter money” programmes, crediting the accounts of economic agents, or less controversial, targeted funding programmes. Those programmes could be aimed at supporting technological, social or environmental objectives. Overall, the digital euro would reduce the central bank’s dependence on the highly indirect transmission channels that today work through the loans provided entirely by commercial banks.

Furthermore, this digital currency would encourage the emergence of a less « systemic » and more responsive financial sector. Fintech companies could offer secure solutions based on this fully-backed digital currency. Even assuming a design focused on payments, in order to preserve traditional bank deposits, those stimulus options would remain valid.