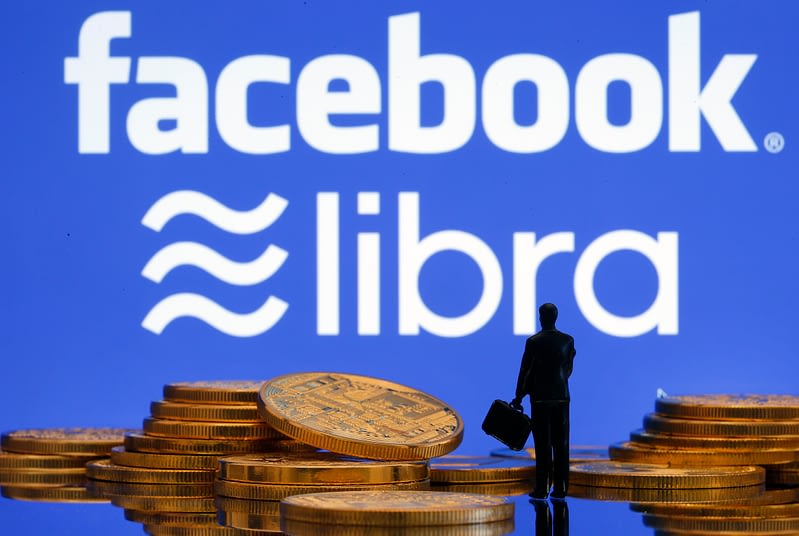 The planned introduction of Libra raises both the issue of the multiplication of cryptocurrencies, their stability, and the role of digital giants like Facebook in global economic affairs. How significant (and different) is this new cryptocurrency? Is it likely to affect the global monetary system? An analysis by Rémi Bourgeot, economist and associate fellow at IRIS.

The Libra project differs first of all from the main cryptocurrencies in that it is not really based on the blockchain ‘philosophy’. The planned operation is far less decentralized, since transactions in Libras will be transmitted to a limited group of nodes, which will have to be ‘permissioned’, and even affiliated with the Libra Association. Although Facebook leaves open the possibility for a transition to a more open logic after five years of Libra’s existence, this situation is nonetheless likely to persist. In a nutshell, this implies that only the Association will be allowed to mint libras in the foreseeable future. This design contrasts particularly with Bitcoin and its multitude of ‘miners’ who compete to update the public ledger and receive new units of the cryptocurrency as a reward. But it also appears much more centralized than even other permissioned blockchain systems, in which the various types of nodes, despite being selected, are not necessarily affiliated with a central entity.

The difference in technology is therefore substantial, and some even refuse to call Libra a cryptocurrency, since the operation of the Association evokes more something between a commercial bank and an informal central bank than a genuine blockchain architecture. In theory, however, this difference could allow the system to avoid some of the pitfalls of pure blockchain, including its relative slowness of execution and, in many cases, the waste of computing resources. Despite a number of flaws that call into question the project as a whole, Libra is part of a much broader reflection on the scope of cryptocurrencies and their usefulness once the euphoria of Bitcoin has subsided.

Hence, the other key difference lies in Libra’s aim to act as a « stablecoin », i.e. to avoid uncontrolled price fluctuations – which is the hallmark of Bitcoin, with its global euphoria, and limited pace of creation, ultimately capped to an overall amount fixed from the outset. In contrast, the minting and destruction of Libras must be linked to user demand, and Libra must be backed by a basket of reserve currencies (50% U.S. dollar, 18% euro, 14% yen, 11% sterling, 7% Singapore dollar). As the association creates Libras, it will purchase ‘low volatility’ assets such as short-term government debt securities and make bank deposits in these currencies in order to ensure, in theory, the full convertibility and backing of the cryptocurrency.

Can this project be completed successfully?

Behind the appearance of stability associated with the use of a basket of major currencies appears one of the first major flaws. The notion of ‘low volatility’, considered in normal times, does not appear sufficient to underpin the design of an international currency, which is supposed to be resilient to extreme scenarios. Facebook seems to opt for short-term debt securities in order to limit the impact of interest rates fluctuations on prices and on its ability to guarantee Libra’s ‘full backing’. However, Facebook did not exactly say how it plans to deal with negative interest rates, which are becoming increasingly widespread. While the Libra Association is not designed to redistribute interest proceeds when it is able to gain some, it might have to charge users when, on the contrary, it faces negative interest rates on a massive scale.

Similarly, the underlying confusion between the Association’s deposits with commercial banks and the notion of ‘reserves’ backing the currency raises issues in terms of financial stability and monetary credibility. And immediately appears the second major flaw, which caused the escape of most of the project’s partner companies, namely the qualification of Libra with regards to financial regulation. Is it a financial product, an investment fund, a bank? In any case, the business strategists behind this project have overlooked the legal dimension and the mistrust of the U.S. administration and Congress, among others worldwide, which had no difficulty in accelerating the disengagement of the major players of the payment sector by highlighting the project’s regulatory shortcomings. Where cryptocurrencies are currently able to shake up the logic of regulation because of their parallel operation, the design of Libra, backed by bank deposits and the purchase of debt securities, with commercial purposes, refers to a more established and labyrinthine legal framework.

As the Libra project is affiliated with Facebook, is it possible that we are heading towards a kind of oligopoly of cryptocurrencies led by digital giants? What impact would this have?

The Libra project is directly linked to Facebook’s business strategy, which is in need of diversification away from its reliance on targeted ad revenues. With the creation of the Calibra digital wallet based on Libra, the aim is to integrate this payment and transfer system into the core of the group’s platforms, whether it is Facebook, WhatsApp or Messenger. However, while the announcement of the project has captured the imagination, it seems that a number of decision-makers within the Facebook group do not actually see it as a high priority. Moreover, the advantages announced for users in terms of lower international transfer costs, fluidity or use by unbanked populations are not necessarily very specific. The various traditional payment protocols, of a more centralized type, are also evolving technologically to ensure greater fluidity at a lower cost.

For populations who do not currently have access to banking services, a number of telecom companies in the developing countries concerned have created flexible solutions, which only require the possession of a basic cell phone. In the end, the regulatory mountain that Facebook is tackling with such an infrastructure could indicate that digital giants, which today still have complicated relations with the U.S. administration and other sovereign governments, are not necessarily well positioned to set a monetary revolution in motion… In addition, of course, the issue of privacy complicates the situation further. And if true anonymity were to be guaranteed, the fear of use for money laundering and trafficking would symmetrically intensify.

What are the geopolitical and macroeconomic challenges that cryptocurrencies create on a global scale? Isn’t their multiplication problematic?

If a project like Libra were to succeed in gaining momentum, on a macroeconomic scale in some developing countries in particular, it would constitute a major monetary disruption and an important factor of economic crisis. The tragedy of dollarization in many emerging economies over the past five decades or the euro crisis in a different style have shown the importance of the adequacy between the monetary tool and the competitiveness of the local productive base.